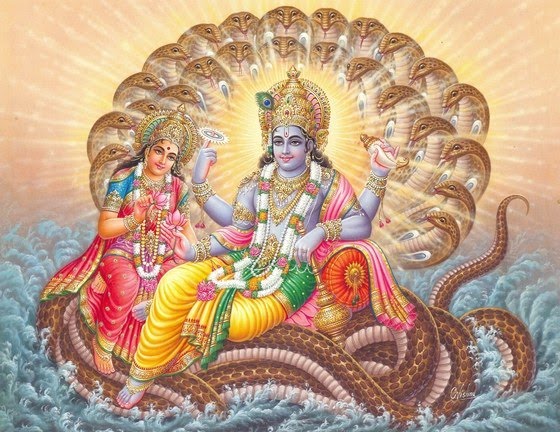 Akshaya Tritiya ~ The Auspicious Day—
Akshaya Tritiya also called Akha Teej is highly auspicious day, that falls on the third Tithi (Lunar day) after Amavasi (no moon) of Shukla Paksha (Bright Half) of Vedic month of Vaishakha. This day is ruled by GodVishnu. It is said that each second on the Akshaya Trithiya day is auspicious and there is no need to look for a ‘muhurat’ on the day. Akshaya Tritiya falling on a Monday or under Rohini Star is considered more auspicious. Akshaya Tritiya is observed when tritiya prevails more before the noon.
The word “Akshaya” , a Sanskrit word, literally means “imperishable” or “eternal” (one that never diminishes). “Tritiya” stands for third day. On this day, the Sun and the Moon are in exaltation; they are simultaneously at their peak of brightness, which happens only once every year. It is believed starting a new activity or buying valuables on this day is considered to bring good luck, eternal prosperity and success. It is one of the most popular dates in Hindu calendar for marriages, for beginning new ventures, for investing and for purchasing valuables like gold and diamond. Marrying on Akshaya Tritiya brings good fortune, prosperity and longevity to the couple.
Myths & Legends—
There are several reasons for Akshaya Tritiya being considered auspicious. The birthday of the Hindu sage ‘Parasurama’, the sixth incarnation of Lord Vishnu falls on this day. According to Hindu mythology, on this day the Treta Yuga began while ‘Dharmasindhu’ mentions this is the Adi Tithi of Sata Yuga. The river Ganga, the most holy and sacred river of India, descended to the earth from the heaven on this auspicious day.. ShriBalarama Jayanthi (birthday of Lord Sri Balaram) is also celebrated on the day of Akshaya Tirtiya. Balarama was the elder brother of Lord Sri Krishna. Lord Balarama is also referred as one of the Dasavatara, ten incarnations of Lord Vishnu. Sudama or Kuchela visiting Lord Krishna in Dwarka with a handful of beaten rice (poha or aval).
Veda Vyasa and Lord Ganesh initiated writing of “Mahabharata” on the day of Akshaya Tritiya . It was on this day that the Pandavas unearthed weapons that decided their victory over the Kauravas. Also, it is also believed that Goddess Vijaya Chamundeshwari killed Asura on this day. Lord Kubera, considered to be the lord of wealth. According to puranas Lord Kubera himself pray to Goddess Lakshmi on this day. For the Jains, it is a special day. Bhagvan Rishabhdev, the first ‘tirthankar’ broke his fast with sugarcane juice after fasting for whole year. Following his example, Jains celebrate this day by fasting. Temples for the pilgrims of Badri Kedar Yatraor the Char Dham Yatra, opens on the Akshaya Tritiya.
The Pandavas received the Akshaya Pathram (bowl) from Lord Krishna (in the Mahabharat) on this day. The food came in abundance, when they were in the forest. Due to this reason, people believe that anything that is acquired on this day will be replenished. This day is specially important as on this day any thing you donate is akshaya or never ending.
Celebration on Akshaya Tritiya—
Lord Vishnu and his incarnations are worshipped on the day. People also conduct Lakshmi puja on Akshaya Tritiya. A dip in the Ganges on this day is considered to be very auspicious. Buying gold on this day signifies never-diminishing money or wealth for the whole year. It is the best day to make auspicious beginnings so that they produce imperishable results.