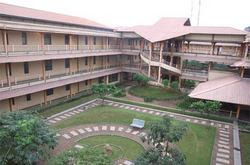 A school, college or any other educational institute plays a major role in building the future of the Nation. It is very essential to construct such buildings as per Vaastu to get the maximum benefit of the five elements of nature.

Many more principles should be taken into consideration such as where to have a Computer Room, Library, Principal’s Office etc. while making an educational institute as per Vaastu Shashtra.