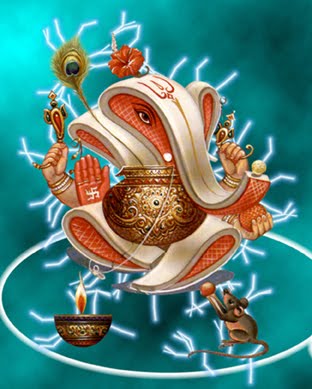 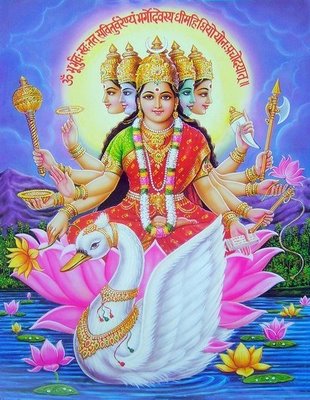 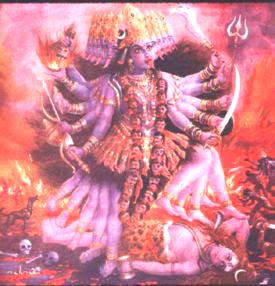 The posture arousing mantra shakti is known as asana.

Siddh Asana : This Asana is very useful to acquire Sidhi. Even fat persons can practice it. Place one heel at the anus and keep the other heel at the root of generative system. The feet or legs should be so arranged that the ankle joints should touch each other. Hands should be placed straight on the knee joints. Sit for .5 minutes with closed eyes concentrating on God. This asana is useful in curing rheumatism and keeps the mind and body in order. The eyes must be focussed if not closed, on the space between eyebrows (Trikuti).

Padma Asana : Place the right foot on the left thigh and then carefully bring the left foot on the right thigh. This is the physicalposition for the spiritual process. One must press the tongue against the teeth and chin against heart. The sight should be focussed on the tip of the nose. Breathing should be slow. It destroys diseases.

Pranayam : Pranayam removes all diseases, purifies the Nadis, steadies the mind in concentration, improves digestion and increases the appetite. It helps awaken the Kundalini. Sit in Padma or Siddh asana. Close the right nostril with the thumb. Draw in the air very slowly through the left nostril. Then do it like wise with the right nostril. Retain the air as long as you can comfortably. Then exhale very very slowly, through the nostril after removing thumb or finger. Do twenty rounds in the morning and twenty in the evening. Increase it gradually.

Trataka : This involves steady gazing at a particular point or object without blinking to increase concentration. It is a very effective method to control the mind, improve the eyesight, and develop will power. It can be done by concentrating one’s attention on a black or white dot on the wall, a picture or on Om,etc.

Pooja : Deva or Deity should be kept in one’s mind while reciting the mantra. Each mantra has a tremendous force and draws maximum benefit. This can be performed in three ways: 1. Vaikhari (Verbal) by speaking loudly. .. Upamsu (Whispering). .. Mansik (Mental).

Aagni Hotra : Homa is performed with fire in accordance with prescribed rituals.

The uses of mantra is divided into six categories

Division Of Mantra And Their Use—-

1. SHANTIKARAN : These mantras deal with the cure of diseases and warding off the malefic effects of the planets.
One example will be of no use as there is different mantra for different disease.

3. STAMBHAN : These mantras are used to stop all the persons, souls, devtas, etc. from doing any harm to you.
“Om namah bhagvate shatrunam budhi stambam kuru kuru swaha“.

5. UCHCHATTAN : These mantras deal with distraction of the mind of the enemy so that they may remain away from their country, birthplace, residence, work and family members. It is also used if the sadhak wants aperson to remain at war with others.
“Om shareem shareem shareem swaha“.

6. MARAN : These are death inflicting mantras through which you can kill anybody at any distance without disclosing your identity.
To avoid it’s harmful use it is not been given.

Besides one mantra given in each category, there are many mantras with different number of times they are to be recited under each category. Also specific time, day and the articles used for different mantras vary from category to category.

Vedic mantras are Tantric mantras, and are very complex.
Western scholars have hence failed to understand tantric ‘bija (seed) mantras’ used to invoke deities and their origins – which lie within the Sanskrit alphabet itself.
Here are some examples of how such great mantras are formed, from Vedic sounds:
Au is Sadashiva – the great form of Shiva as Parameshvara or the Supreme Brahman (Supreme Consciousness). It refers to sound and calling or invoking.
Da is Durga. It means a weapon, and refers to the Danda (staff).
Ga is Ganesha or Ganapati. It means a song, and hence implies sound, since Ganapati is lord of the word (Brihaspati), which are Vedic mantras or hymns (he is Brahmanaspati and Narashamsa).
Ha is Shiva. It means ‘to destroy’ and refers to the destructive power of Shiva in his terrible form as Rudra or Bhairava, and hence as Fire (Agni), which has power to destroy.
I (ee) is Mahamaya, the great illusion form of the Goddess. It refers to emotions, such as pain and anger, and thus represents the power of suffering in Maya. It also means the god of lust and thus implies illusion due to lust and ego.
Ka is Kamadeva (God of Love) and Goddess Kali. It means air, time and sound.
La is Indra, the Vedic wielder of the Vajra (thunderbolt). It means ‘to cut’ and refers to the vajra destroying or cutting heads of (i.e. removing ego or mind). It also stands for tejas (light and heat – properties of lightening).
M. is the Universal Mother and represents sound (nada) – the primal sound of creation.
Ra is Brahma, the creator. It means to rule or govern.
U is Bhairava, the firey form of Shiva. It means ‘to protect’ and also the moon, which are forms of Shiva. Bhairava is also the militant form of Shiva that destroys the demons and thus protects us.
These are few examples, and thus we can see how the mantras work.
Hence, the mantra ‘Hum’ is therefore the ‘sound (m.) that destroys (ha) and protects (u)”. It is hence the kavacha-mantra or armour mantra in Tantra.
Hlrim is the mantra of Goddess Bagalamukhi. It is hence the ‘sound (m.) that destroys (ha) and cuts (la) the creative force (ra) which is illusion (i)’. It creates stillness and silence by destroying the creator and illusion, leaving us to dwell on the inn-most self (beyond ego and illusion).
Likewise, Krim, the mantra of Goddess Kali is the ‘ruling (ra) sound (m.) of space and time (ka) of the great illusion (i)’. It is thus the ruling mantra for subtle sound in the cosmos that breaks illusion – which is the sound of thunder and power of lightening.
Bija mantras were known and used in Vedic times, as parts of the more esoteric sides of worship and sadhana.
Chakra mantras, for example, are mentioned in the Upanishads, and many have failed to correlate them with later ideas in the Tantras.
The Heart Chakra (also called Hridaya or Anahata) mantra, for example, is described in syllables in Brihadaranyaka Up. (V.3), where “Yam” is the sacred syllable (of the heart) – later used in Tantric Yoga to open this specific Chakra. Yam means “Control” and refers to the Inner-Controller (of death or Prana, breath of life).
Interestingly also, “Ram” is mentioned (BU.V.12) by Yajnavalkya as the syllable for Prana, relating to Food. Now, the Manipura Chakra has Ram (Rang, the bija-mantric form) as it’s mantra, and relates to the Digestive system, thus food. Manipura is also the City of Gemstones chakra, relating to Delight or Bliss, which comes from Ram (pleasure, bliss).
Mantras such as “phat” (crack, break) that are used in astra-mantras in Tantra, are found in Vedic texts as Shukla Yajurveda and elsewhere. This suggests they were used much earlier in Rig Vedic times, as part of older brahmana and yajur (sacrificial) tradition….